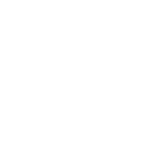 The Clio Club, named after a Greek muse of history, first met in 1884. Gossip and questions of religion and politics at meetings were not allowed. The women first met weekly and then monthly in a two room building on Sixth Street between Main and Adams Streets in the business section of town. A library was the primary project of the club. The minutes of the April 1893 meeting record the first discussion of a library.

March 18, 1894, a library was ready for patrons with a bookcase and 523 books valued at $266. Patrons paid a fee of one dollar a year or five cents a volume to use the library. Members of the club took turns serving as librarians. Initially the books were kept in one of the two rooms the organization used. Later the books were moved to the YMCA to be kept rent free with the Clio Club paying for heat and light.

A petition for a free library was successful in 1894. The collection, which had grown to twelve hundred books, was turned over to the town on January 1, 1900. Fundraising for a new library building had been unsuccessful until Andrew Carnegie gave $10,000 for a new library building. The collection was moved from Woodmen Hall on Sixth Street to the new Carnegie Library Building January 11, 1906.

The library remained at the Carnegie building until a new library was built in 1975 as part of the new Community Center project during Urban Renewal. A human chain was organized to pass the books from the old building to the new building a block away. Library service has expanded to include other communities in the county.